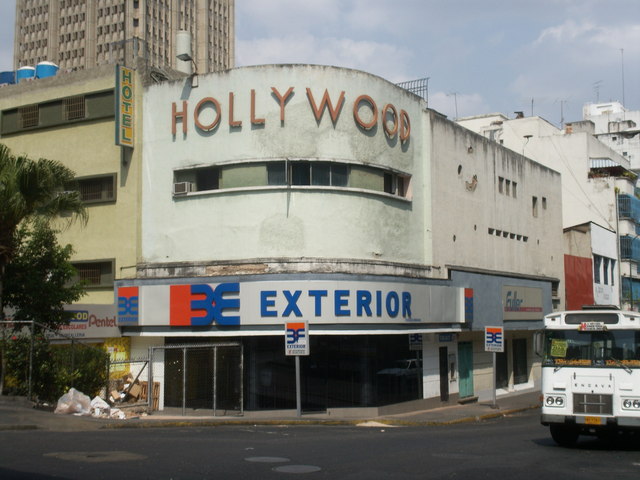 Located on the corner of Avenida Este and Avenida Fuerzas Armadas (Norte 7)at Esquna De La Romualda in the La Candelaria district of central Caracas.

The Cine Hollywood opened on 21st March 1941 with Tyrone Power in “Brigham Young”. Included in the building project was a small annex hotel. It closed in 1979 and was converted into commercial use. Today it is use as a bank in the foyer area and retail use in the former auditorium. It retains its original appearance on the exterior.