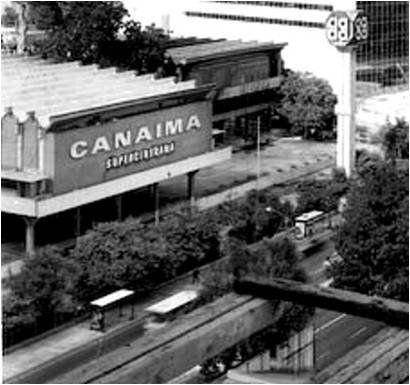 The Teatro Canaima opened in early 1964 and from 29th October 1964 it became a 3-strip Cinerama theatre. Cinerama ceased on 8th June 1965 but 70mm films continued.

The Teatro Canaima was located east of the Altamira district near the Parque del Este in the east of the city. It closed in 1981 and was demolished. I believe there is a commercial shopping centre named Parque Canaima at the location now.