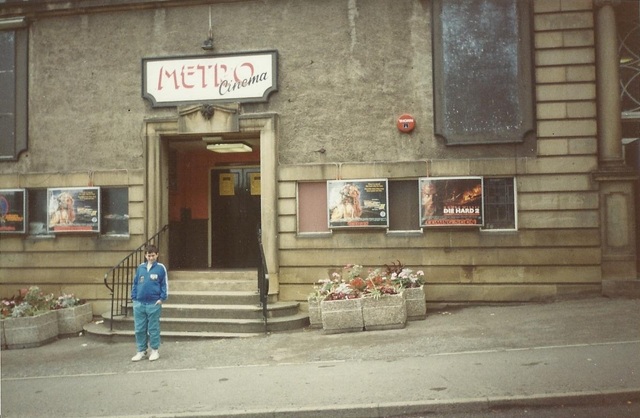 The Town Hall and Library was erected in 1913 and began public film shows two years later, it was initially called the Town Hall Picture House. It cost around £1,000 to build, funded by the Urban District Council and the Carnegie Foundation.

During the 1920’s the cinema was extended by the addition of the balcony and could now accommodate 900 patrons. It was the only cinema in the small town, but had competition from the nearby Barnsley cinemas, however it survived and continued to be upgraded. In the 1960’s the stage and bar were added to the facilities. In 1986 it was re-named Metro Cinema.

In 2000 the former organ (a 4/10 Compton) from the Paramount (now Odeon) in Birmingham was permanently installed in the Metro Cinema, and the cinema was once again renamed, this time to Paramount Cinema. Regular (usually monthly) organ concerts are held at the cinema.

It continues today as a single screen auditorium, largely devoted to showing films but with occasional live shows and regular organ concerts. It now seats 350 in comfort and retains the atmosphere of the early cinema, albeit with a redesigned proscenium to accommodate CinemaScope and stage shows. The decorated balcony front, the ribbed barrel vaulted ceiling, and general plasterwork are, however, all intact and in view - no false ceilings here! The Paramount Cinema has a fully licenced bar selling alcoholic drinks, which may be taken into the auditorium (providing a plastic glass is used).