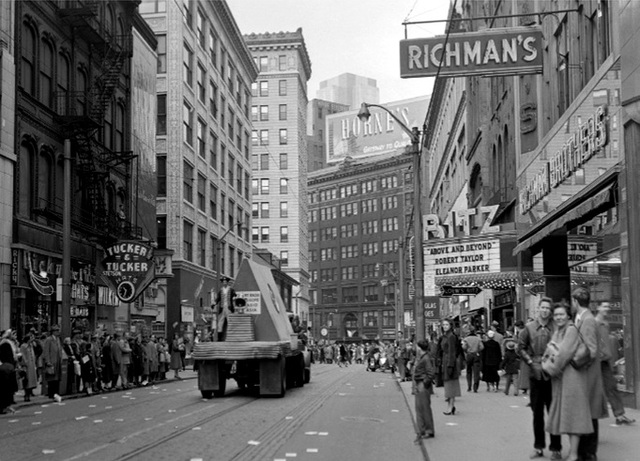 The entire 200 block of 5th Avenue, on the odd side, has been bulldozed for construction. This theater is no more.

One of the few Loews that does not have a vertical sign.Only a small arrow sign saying Loews Ritz hanging under the marquee as seen the the pictures.

Listed in the Film Daily Yearbooks in the early-1940’s as being operated by Warner Bros. Circuit Management Corp.

This was opened as Ritz by Harry Davis Enterprises Company with “Yesterday’s Wife” on December 24th, 1923. Grand opening ad posted.

Closed April 24th, 1954 for conversion into a storeroom. 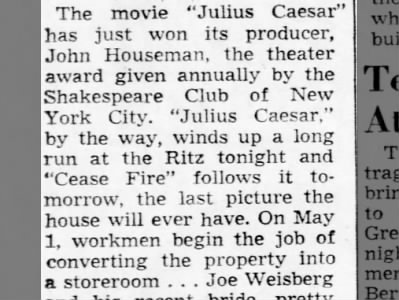 Became Loew’s Ritz on April 1st, 1947, the day after the expiration of a longtime “pooling” deal between Loew’s and Warner Theatres for the Penn, Warner, Stanley, and Ritz. The Loew’s Ritz would hold its final Warner booking, Paramount’s “My Favorite Brunette,” for three more days, and then open MGM’s “The Secret Heart,” a move-over from Loew’s Penn. For the time being at least, films opening at Loew’s Penn would be for one-week only, and then be moved to Loew’s Ritz for another week (or more, if needed).