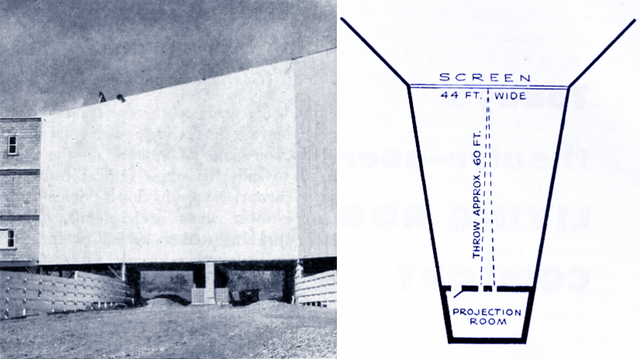 Reportedly opened in September of 1953 was this daylight drive-in concept on Trafalgar Road in Oakville by National Theatre Services Circuit. That’s actually the projection room at the far left of the pictures which had a 60' throw to the icipolarized daylight screen that was 44' wide. It allowed earlier starting times. Odeon’s Regional Theatres Circuit purchased the drive-in in 1956 and the more traditional 5 Drive-In would supplant the failed “daylight drive-in.”