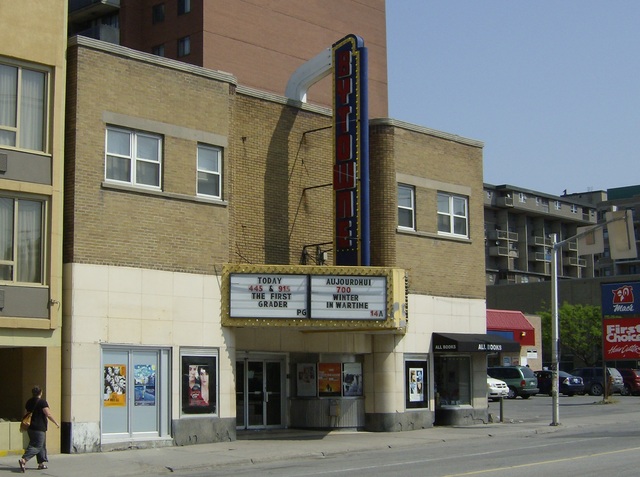 The 940 seat Nelson Theatre opened on February 10, 1947 with Patricia Roc in “Johnny Frenchman”. The Nelson Theatre had a successful forty year run, and the theatre closed in 1987.

It was taken over by the independent operators who had operated the Towne Cinema after its lease had expire. It was renovated and reopened in June 1989 as the ByTowne Cinema with a reduced seating capacity of 770.

The ByTowne Cinema became Ottawa’s premier venue for first run art, independent, and foreign films. It was closed on December 31, 2020. It was reopened on October 10, 2021.

Opening as Nelson on February 10th, 1947. English and French grand opening ads from the Citizen and Le Droit posted. 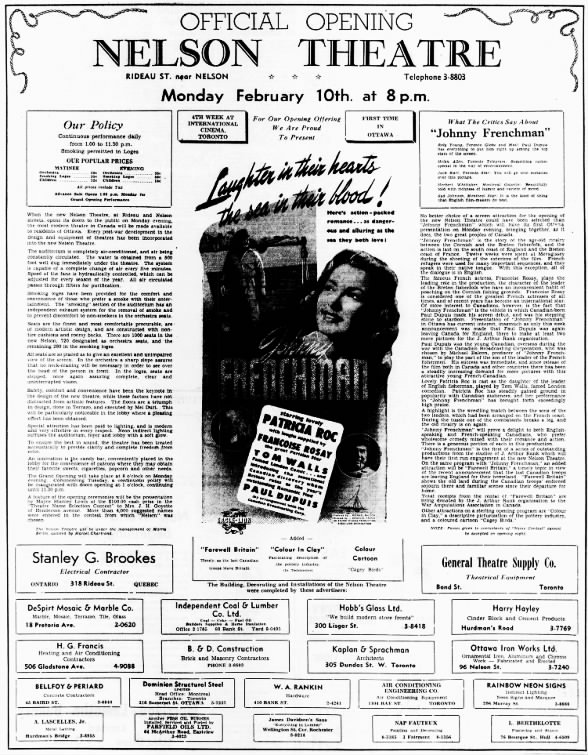 Here’s a new 4-page 50th anniversary FIDDLER ON THE ROOF retrospective featuring a roadshow playdate chronology and historian Q&A. The Nelson’s lengthy run is mentioned in the piece.