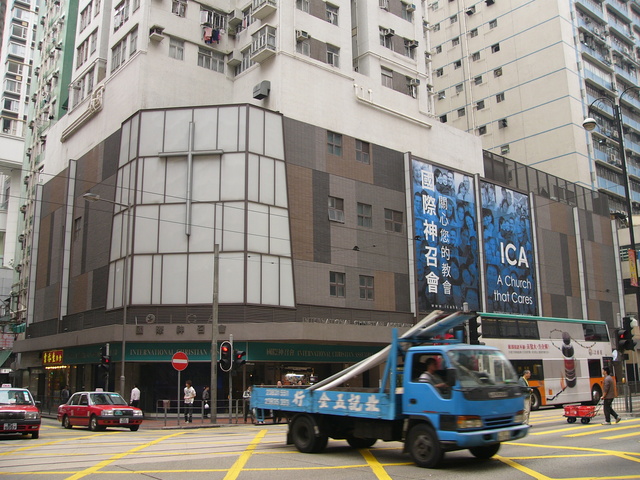 The Golden Hung Kai Theatre was situated in the North Point district on Hong Kong Island. It was the last cinema with balcony to be built in Hong Kong.
It opened to business on 23rd August 1986, and showed first-run Cantonese films until its closure on 14th June 1995.

Its auditorium was on the first floor of the theatre building, while the lobby was on the ground floor.

After its closure,it was redecorated and converted into a church.