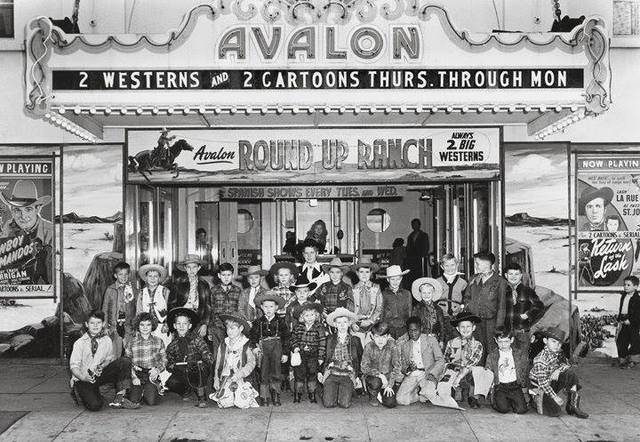 The Empress Theatre was opened around 1928. By 1932 it had been equipped with sound and renamed Avalon Theatre. By 1941 was part of the Fox West Coast Theatres chain. It was still open in 1952, but had closed by 1955. Since closing it has been demolished and the empty site is used as a parking lot.

The Avalon Theatre was located at 722 Avalon Blvd.

From the LA Library. The theater is at the far end of the street:

On 8/17/55, LA Times advertised the Cherry Pass Drive-In, between Beaumont and Banning. That sounds like Wilmington to me. Anyone ever heard of this drive-in?

Never mind. Another ad says Highway 99, so they were talking about the city of Beaumont on the way to Palm Springs.

The Cherry Pass Drive-In was in the city of Beaumont, Ca., it had a carcapacity of 500 cars and was operated by Sero Amusement Company.

Thanks. I had the location confused.

I almost added the Empress as a new theater, as it was listed in the 1925 LA city directory. However, the address in 1925 was 722 Canal Avenue. I’ll bet that was a precursor to Avalon Boulevard, so Empress should be an aka as opposed to a new theater.

This 12/04 LA Times story mentions the Avalon. I thought it was funny that the reporter used CT to look up the theaters instead of doing the research on his own.
http://tinyurl.com/ng9bso