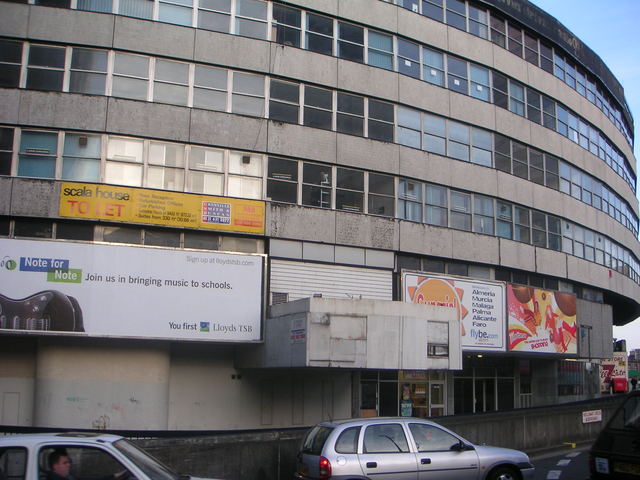 The Cinecenta was a project of Cinecenta Ltd. who specialised in art house films. It opened on 21st August 1977 as a 200 seat Cineclub screening uncensored films. A second screen opened on 10th June 1979 screening mainstream films and the seating capacities were now 114 and 113.

All the screens of the Odeon Queensway closed on 18th September 1988 and have been left empty and unused ever since.

One of the better cinemas from my childhood – this was the place where I saw STAR WARS on it’s original run in 1978 and on a 70mm reissue in 1979. I also saw the likes of LORD OF THE RINGS, ALIENS, CROCODILE DUNDEE, SHORT CIRCUIT, KARATE KID PART 2. By 1987 though, the audiences had dwindled with the likes of CREEPSHOW 2 and SPACEBALLS not getting the audiences. Much missed by long remembered.

You would think that these dormant screens would make a profit now if they re-opened again..

Biffaskin.. I would like to see them re-open. But alas The Rates on these 3 screens was eyewatering. They paid far more rates then the Alexandra Theatre and The Rep. Some years ago I did a study for a City Councillor On the finances of Birmingham Theatres as against the Commercial operations Like for like The Birmingham Odeon Theatre (Live) as against The Hippodrome Now that was an education Hippodrome paid more then double the cleaning cost of the Odeon using the same contractor On the other The Hippodrome only paid 32% of the rates The Odeon New St was charged. I must add I did put the Cat amongst the Pigeons :)