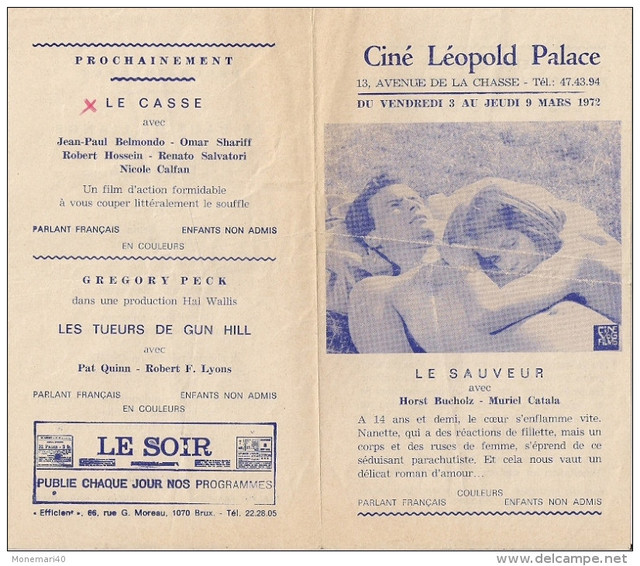 Located in the Etterbeck district of Brussels on the Avenue de la Chasse (today known as Jachtlaan). The Leopold Palace Cinema is incorporated into a typical Brussels apartment block. It opened in 1924 and had seating in stalls and circle areas.

The cinema closed in 1974, and after remaining empty for a while, it was seen during the Cinema Theatre Association(UK) visit to Brussels cinemas and theatres in September 1995, in use as an S.A. Nobel hardware store.

The architect who worked on it is Jean FinnÃ©, and it was built in 1924. Just a couple of buildings down from the Leopold Palace was another cinema (on numbers 3-7), and this was built in 1921, designed by Robert Allard, according to this website: View link which has an inverntory of Brussels' built heritage.

One small detail : today known as Jachtlaan : it has always been Jachtlaan in Dutch, Avenue de la Chasse in French. This is a translation.