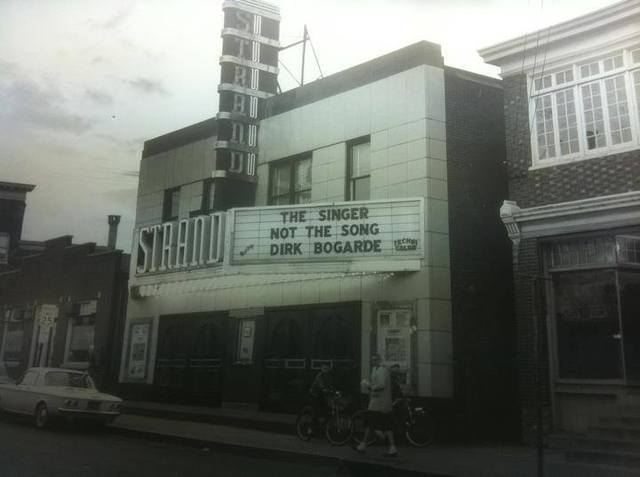 The Kuhn Theatre was opened by Edward Kuhn on March 6, 1911. In 1914 under new operators it was renamed Manor Street Theatre. In 1916 it became the Lancaster Theatre. On April 19, 1920 it was renamed Strand Theatre and was operated by Harry M. Chertcoff.

It was closed by Chertcoff on April 1, 1962 with Dirk Bogarde in “The Singer Not the Song”

Ed Kuhn opened his Kuhn Theatre launched March 6, 1911 with “Buffalo Bill’s Wild West and Pawnee Bill’s Far East.” The theatre was auctioned in 1914. Two Philadelphia operators purchased it and renamed it the Manor Street Theatre. In 1916, it received a refresh and under new operators became the Lancaster Theatre.

On April 19, 1920, it became the Strand Theatre under the operation of George Benthan. Harry M. Chertcoff took on the location in 1928 whose Chetco Circuit operated it to its closure. The theatre closed April 1, 1962 with “The Singer Not the Song.” Sadly, projectionist turned Mayor George B. Coe had ironically issued a proclamation earlier that week celebrating, “International Theatre Week.”