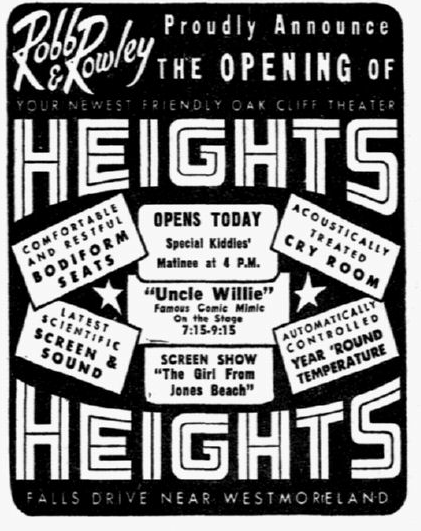 The Heights opened for Robb and Rowley on October 28, 1949 with “The Girl from Jones Beach.” This is the opening ad. Rowley United subleased it to a new operator in 1965 who remodeled the theater and operated as an independent. It closes and United Artists resumed operation from 1968 through its last showing which was October 31, 1970 with a double feature of “The Love Bug” and “The Jungle Book.” It then became a Spanish language theater before becoming a place of worship that was still in operation more than 60 years after the theater’s original opening.