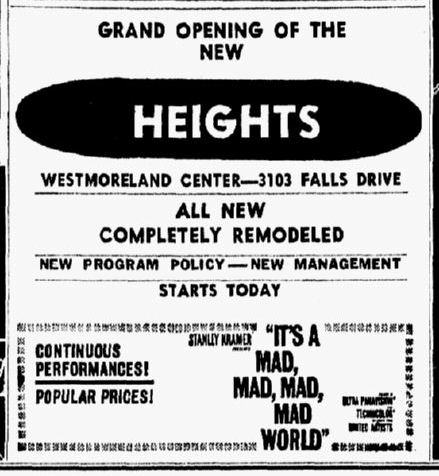 In 1961, Rowley United subleased it to a new operator, E.W. Savard, who ran the Heights as an independent for two years and closed it. Rowley United decided to refurbish the theater reopening it with a grand (re) opening on June 3, 1965 as the “new” Heights playing, It’s a Mad, Mad, Mad, Mad World.“