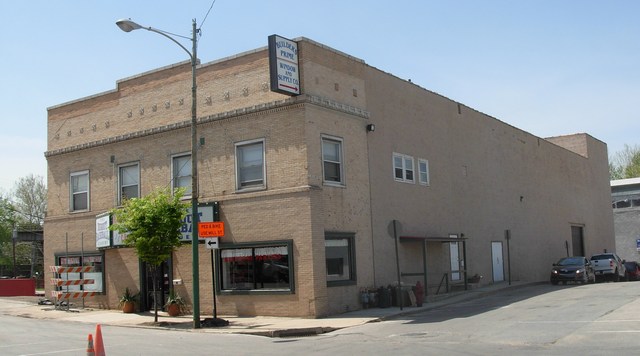 The Broadway Theatre was located at Second and Dekalb Streets in Bridgeport, a small town near Norristown in the Montgomery County suburb of Philadelphia. The theater opened in 1928 and had a balcony.

A fire broke out in the theater in 1931 during a live show benefit for a local fire company! Unbelievably, town residents actually streamed into the theater and sat down, to watch the spectacle. That’s not something anybody should do in the event of a fire.

Likely during the 1930’s, the Broadway’s facade appears to have had an Art Moderne redo on its lower half. The Broadway closed in December 1951 was leased out to a textile company. Another fire occurred in 1952.

As of 2008 or earlier, the building serves as the Dugout Baseball Academy.