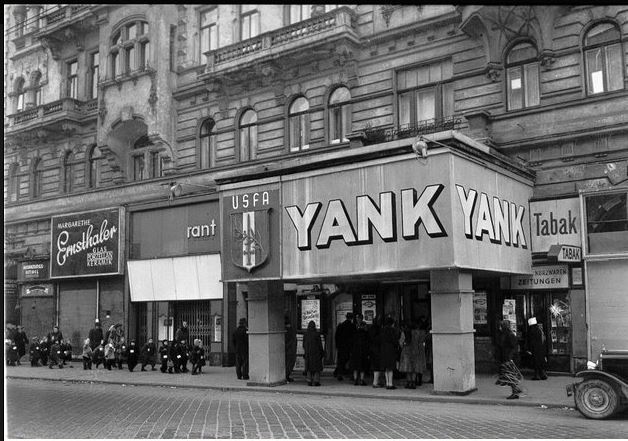 The Kolosseum Kino opened in 1925 and was one of the major cinemas in Vienna. Between 1945 and 1955 it was re-named Yank Kino, which specifically served the armed forces from the USA who were based in the city under allied occupation.

A vintage and current photograph (side by side) of the Kolosseum/Yank Kino:
http://flickr.com/photos//wienschau/1810193685/