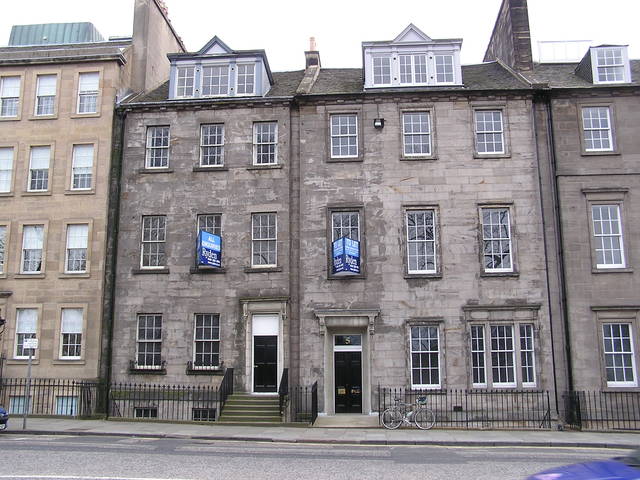 Looking like a town house, it actually was built as a town house in 1784. In 1847 a hall was built at the rear and it became a Synod Hall used by the church.

Films were shown from 1897 and it continued as a cinema until 1915. Seating was provided in stalls and circle levels. In 1930 it was purchased by the BBC and became offices and a studio for their Scottish area of radio broadcasting.

The building was renovated in 1990 by architect Harry Bunch of of the architectural firm; Hurd Rolland & Partners.