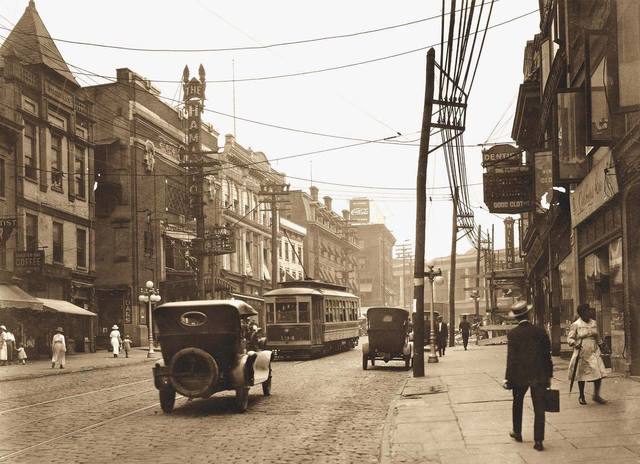 The Hamilton Theatre presented vaudeville and movies during its brief lifetime, which lasted from its opening on February 20, 1913 to closing on January 31, 1928. It was demolished within weeks of closing for a department store to ne built on the site.

An exterior photograph showing the Hamilton’s ornate marquee and vertical sign can be found in the Yonkers Historical Society’s 2008 book, Yonkers (Then and Now).

In its issue of January 3, 1928, The Film Daily had an item about the demise of the Hamilton Theatre:

“Yonkers, N. Y.— Strahan Theaters Corp. have sold their lease of the Hamilton to the Ross Stores who are to erect a department store on the site. The lease had four and a half years to run, and $50,000 was paid to abrogate it.”

Here is a photo of the Hamilton Theatre. It, and two others, can be seen about a third of the way down this long web page about the Marshall-Matheson department store, which was once located next door to the theater. The commercial building that replaced both structures is now occupied by the Yonkers Public Library. 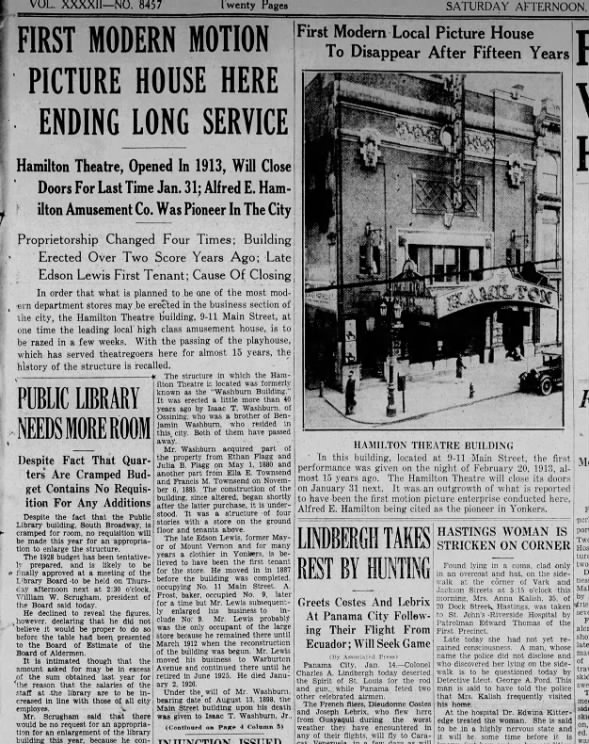