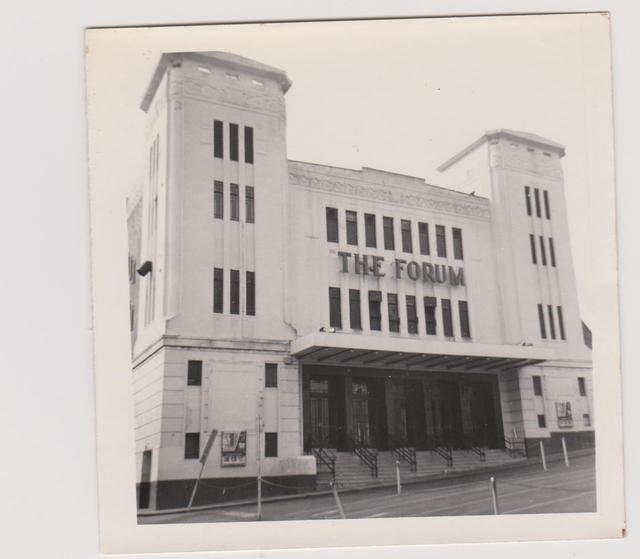 The Forum Cinema was located in the capitol town, St. Helier, and was the largest cinema to operate in the Channel Islands. It opened on 25th March 1935 and was independently operated.

It had a 38 feet wide proscenium, a stage 31 feet deep, upon which occasional stage shows were held and there were six dressing rooms. The cinema was equipped with a Compton 3Manual/8Rank theatre organ with a Patent Solo Cello unit and an illuminated console which was opened by Edward O'Henry. The cinema also boasted a cafe/restaurant.

The Forum was taken over by the Rank Organisation in the 1970’s and they closed it on 17th January 1981. It was demolished and offices were built on the site.

was this cinema equipped for 70mm in the 60s?