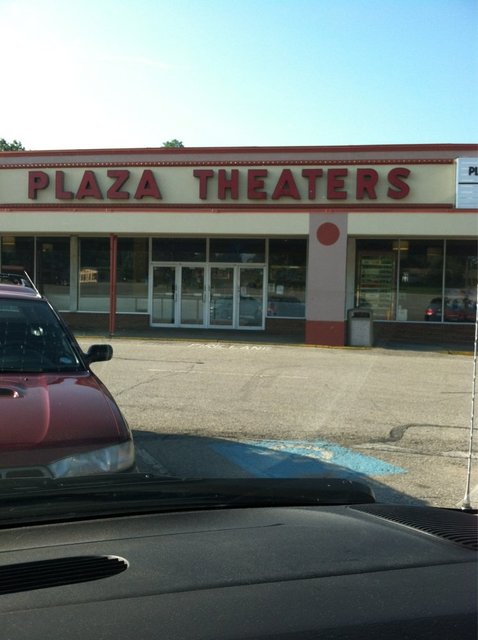 Located in the University Plaza Shopping Center. In the 2000’s this theatre was operated by Moviescoop.

By the looks of the property, it appears to have been a National Amusements cinema originally. It is run independently now (by the same people who ran the old Kent Cinema on Main Street, now the Kent Stage), and perhaps was run as such since the early 90s when Regal took over certain National houses in NE Ohio (with the exception of Brookgate, for example, which was run as a budget cinema). This 70s, strip-shopping-plaza cinema remains first-run and popular, featuring auditoria added since the National days, particularly because it is the only movie house in the Kent area besides the Midway Drive-In between Kent and Ravenna.

This theater in the 90’s had been added to from the original twin at the end of the strip plaza. They went down and took the whole plaza moved the lobby, and left the twinned shoebox cinema at the end of the hall.

At this time it was owned by a private owner who also rented the downtown twin that was trippled with a TINY screening room which may have been turned back into a cafe. I remember seeing the Flintstones move here, 2 people in a huge auditorium, and the next weekend the owners were locked out, and the theater was closed. because they stopped paying their bills along with the rent. This was in 93-94.