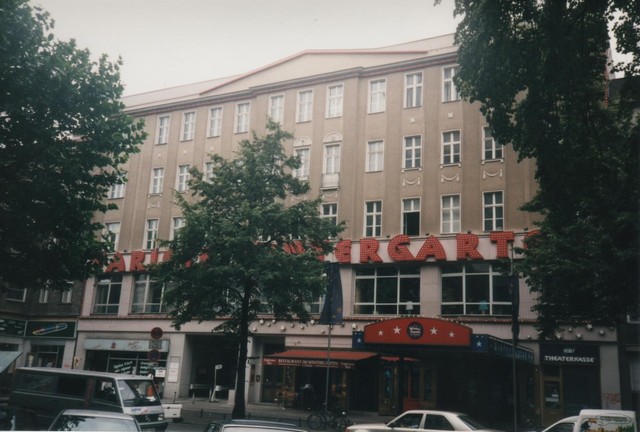 The Biophone-Theater opened in 1913 and was designed by architect Arthur Wolff. It had some renovations done in 1929 by architects Wilhelm Kratz and Hermann Schmidt. It was re-named LTB-Lichtspiel in 1933 and after World War II, in 1955, architect Karl Hager carried out further re-modeling.

By 1950 it was known as the BTL Kino and this closed in 1962 when it became a meeting hall for the Frie Demokratische Partie. It re-opened in 1990 as the Kino im Quartier Latin and closed in 1992.

Since then it has been converted into a cabaret theatre, the Wintergarten das Varietie. Unfortunately, there is no vestige of the original decoration remaining inside the building.