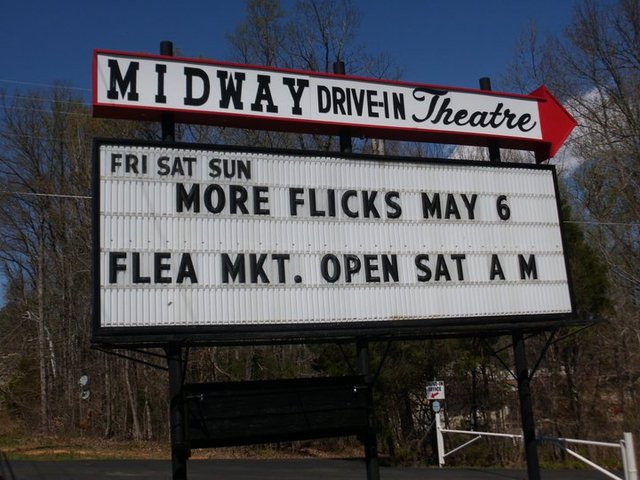 From their website: If you think our new digital picture is great, wait until you hear our new digital sound on your car radio. The Midway opened in 1960 and is open seasonally from May thru October.

This is the correct link to the Midway Drive-In website

The Swingin' Midway is about halfway between Athens and Etowah. Its Facebook page names Athens as its home town. Google Maps gives its address as Athens. The International Motion Picture Almanac changed the Midway’s address from Etowah to Athens. Maybe you should consider moving this page?

The 1952 Theatre Catalog lists the Etowah Drive-In (capacity 300) for Etowah.

The 1963 IMPA had Etowah at 356, and showed just the Hatfield and Starlite for Athens. Its only TN Midways were Camden (200) and Sevierville (270), which were nowhere close.

By the 1969 IMPA, only the Starlite was left in Athens, and the Etowah was the only one there.

The 1976 IMPA lists both the Etowah and Midway in Athens.

Me and my wife went here a LOT in the 90s. I clearly remember seeing Kindergarten Cop here. That was back when the speaker hung on your window. The snack bar rocked too. We’d take our little chihuahua and he’d eat a bite of his hotdog then sleep through the movie.