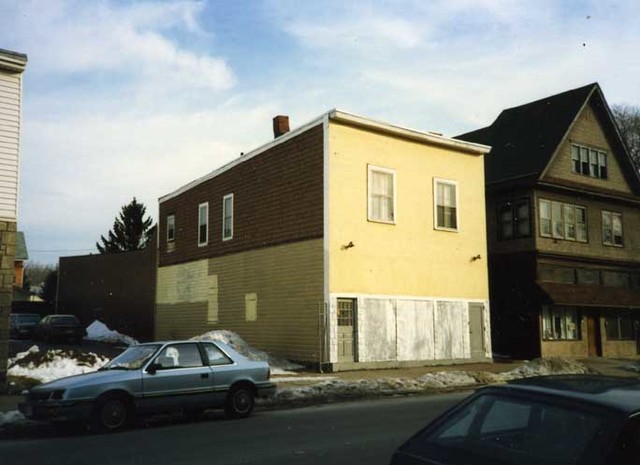 The Sheldon Theater dates back to at least 1928 when a Link theater organ was installed.

The theater was the yellow building, an apartment when the photo was taken in the late 1980s.

The Sheldon opened around 1910. Early on known as the Genesee and A Huttelmeyers. The name
Sheldon was used after 1912. The theater had about 300 seats, with the owners often
living on the second floor. The Sheldon closed late in 1952, becoming a furniture
store for a period, then a residence.

Haven’t been back there in 20 years, don’t know if the building still exists.

Google streetview shows that lot to be empty. Comparing to the photo linked above, that’s definitely the same lot, so it appears as though it’s definitely been demolished.