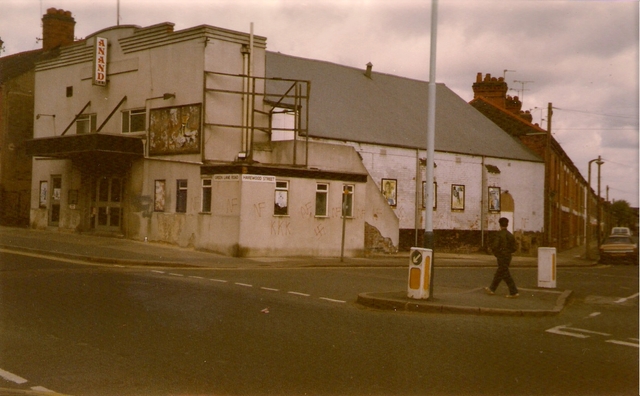 The Imperial Picture Playhouse opened just before Christmas in December 1912. It was located on the corner of Green Lane Road and Harewood Street in the Spinney Hills district to the east of the city centre. Designed by local Leicester architect Henry Bowell, it had a seating capacity of 450 on a single floor. A small balcony seating 50 was later added.

In around 1930, when sound was installed, the cinema was re-designed to seat 700 and a new modern façade was added. Always independently operated, it was known as the Imperial Picture House in 1937. It closed on 10th June 1961 with Christopher Lee in "Brides of Dracula" and Audie Murphy in "Hell Bent for Leather".

It was closed for a while, then re-opened as an Asian cinema known as the Jyoti Cinema screening Bollywood films. Later re-named Anand Cinema, it continued to screen Asian films until closing in around 1981.