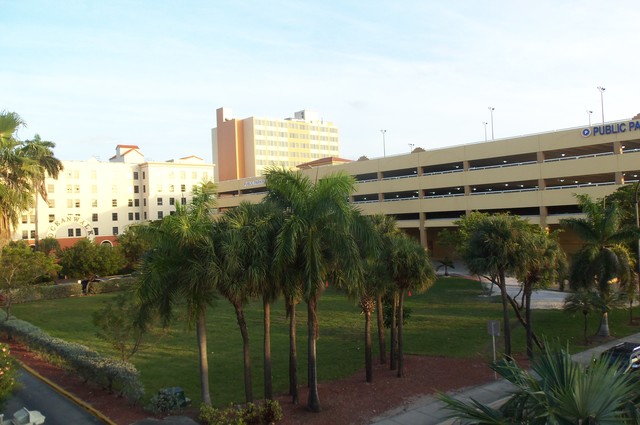 An ill-fated experiment, this beachfront theatre never really took off when it opened August 5, 1988.

Many locals resented the use of beachfront property for cinema use and the low grossing location was closed on May 6, 1999 and was demolished in the early-2000’s.

By the early 00’s, the Oceanwalk 10 was demolished.

I’ve uploaded photos I took in January 2015 of the property still empty and landscaped with grass where the multiplex used to be.

In 1992 I visited the Hollywood Beach boardwalk for the first time when a group of friends from the University of Miami and I went for a drive and ended up there.

From the boardwalk I entered the then active Oceanwalk Mall (with businesses in most of its storefronts, unlike today), then exited through the opposite doors facing the mainland…. and there across a sort of service road was the entrance of this multiplex oddly placed between the mall, a parking garage, Ocean Drive/A1A, and the elevated end of Hollywood Blvd.

I approached the box office and saw into the lobby (typical-looking of the AMC theater chain in the 90’s) but never saw a movie there. (I vaguely remember a poster for “The Abyss” possibly being in one of the poster boxes.)

Years later I walked by and the theater was closed. A year or so after that I walked by again and saw rubble being cleared away.

This theater had very good traffic in its first few years. By the time it opened, the 170th further south was becoming a faded relic. If you lived on Sunny Isles Beach or further South – most of the Miami Beach theaters were closing or were multiplexed to little boxes – it was worth the drive. Every time I frequented it, it was packed with patrons. I stopped going regularly by the early 90s but in its first 3 to 4 years it was a very active venue and so was the mall.

It held the world premiere of La Florida with Rémy Girard and Pauline Lapointe on March 11th, 1993. 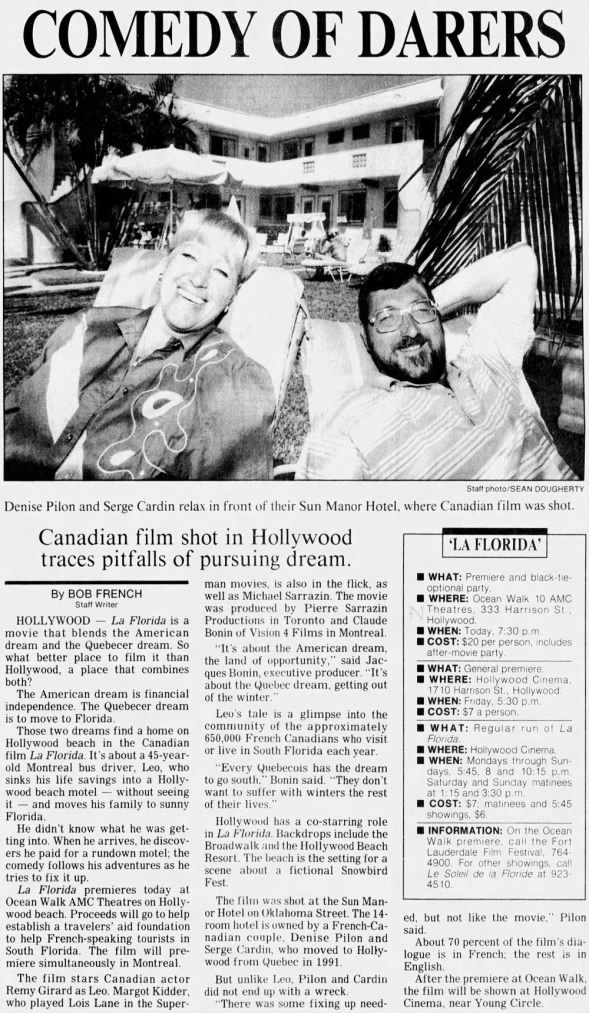