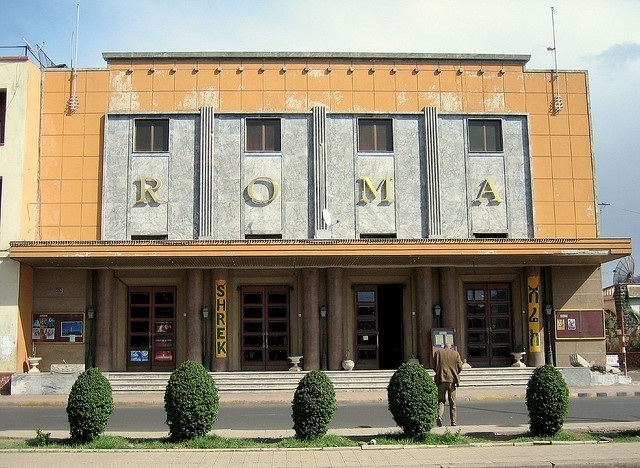 The Cinema Roma was built in 1937 as the Cinema Excelsior. The facade is decorated with precious marble. It was re-named Cinema Roma during the Italian fascist occupation.

A photograph of the Cinema Roma can be seen 5th photo down on this page:
http://www.asmera.nl/asmara-theaters.htm