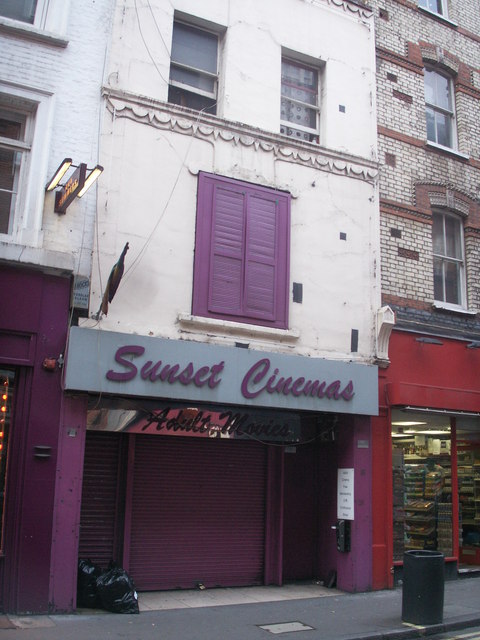 Operating for many years as a twin screen adult cinema in the heart of Soho. The screens were located on the ground floor and first floor levels.

In recent years since the emergence of Soho as London’s ‘Gay Village’ the basement was converted into the Rainbow Gay Cinema.

Due to problems with the Cinematograph Licence, the cinemas were closed down in early-August 2008. In early-2014 it was converted into a Mexican restaurant

The Sunset Cinemas & Rainbow Gay Cinema which I photographed in August 2008, soon after closing:
http://flickr.com/photos/kencta/2793730771/