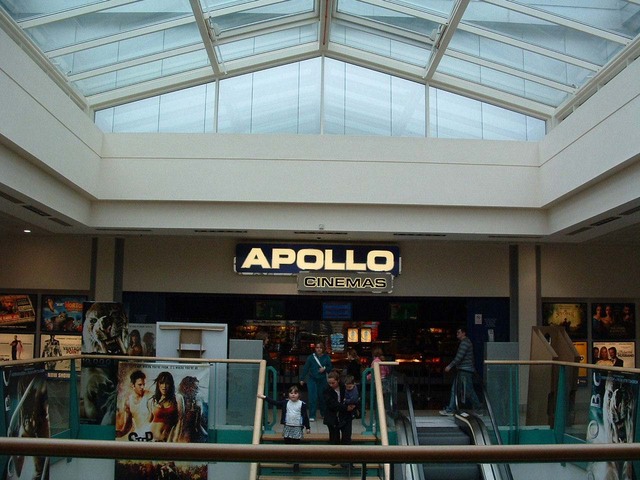 The 7-screen Apollo Cinemas opened on 23rd March 2007. It is located on the top floor of the Kingfisher Shopping Centre. Seating capacities in the screens range from 314, down to 97.

This was the first multiplex to built by Apollo in a shopping centre. They had never done this before and were very worried that the figures would just not stack up, eventually they agreed with the landlords and I was instrumental in working on the project and campaign to open the cinema and to be it’s first General Manager with Julie Jones and David wells as my deputies. It was opened with a big fanfare and TV Presenter Nick Owen cut the ribbon.