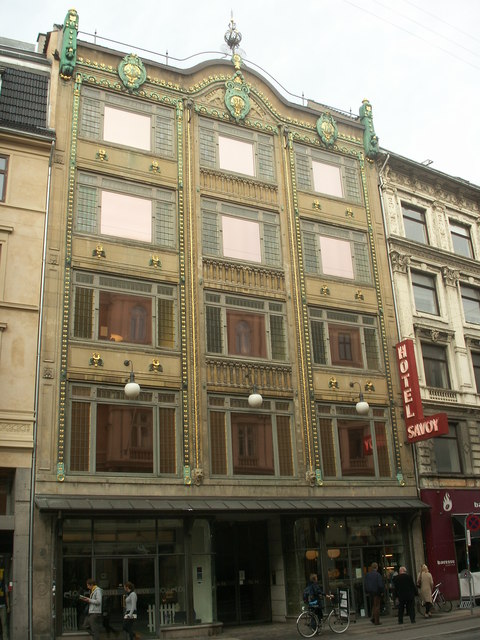 The beautiful Hotel Savoy was designed by noted architect Anton Rosen in 1906, two years before he designed the Palace Hotel, opposite Copenhagen’s Town Hall.

Located in the inner-city district of Vesterbro, the left-hand side of the Hotel Savoy at street level was opened as the Royal Biograf in December 1906, it was a long narrow room.

Closed in 1912, it has since been taken over by the Hotel Savoy, as a dining room and in 2008, it serves as the reception area for the hotel. There is no trace within the building of it’s cinematic past. The Hotel Savoy was designated a Listed historical building in 1985.