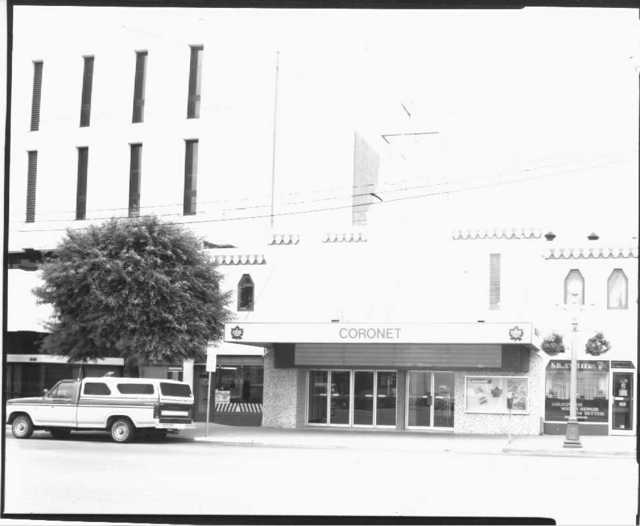 Originally opened on May 16, 1936 as the Atlas Theatre with Charles ‘Buddy’ Rogers in “Old Man Rhythm”. It was taken over by Famous Players who closed in on April 30, 1966 for renovations to be carried out. It reopened as the Coronet Theatre on June 23, 1966. It had 910 seats and was closed by Famous Players on February 26, 1989 with Nick Nolte in “Three Fugitives”. The theatre has been converted into an office building.

Part of downtown Victoria’s old “Theatre Row” which also contained the Haida, the Odeon and the Capitol. The last two theatres still stand as first-run multiplexes by Cineplex Odeon and Empire Theatres, respectively.

Building has been completely demolished and a new office building stands in its place.

Was a very good theatre in the day. Many seats, huge screens and also ran 70mm/6 track engagements.

The style is Art Deco/Moderne

It was not completely demolished. It closed in 1990 and is being used as office space. The exterior has been preserved.

This theatre first opened as the Atlas in 1946. I think it actually was renamed the Coronet in about 1965 or 1966 because it was listed as the Coronet at this address in the 1966 Victoria Yellow Pages.

Closed, but not demolished…

This just in – the Atlas operated as an independent until it was acquired by Famous Players and closed for renovations on April 30, 1966, then reopened under FP ownership as the Coronet on June 23 that year (article below):

Thanks for that clarification. It is now Yates Centre with a “For Lease” sign on the front. There are a few people coming in and out. It has a parking garage which opens on Johnson St. Parking is very valuable in this area. It’s still a beautiful building with a walkway on the east side. Two towers are going up beside it, 21 stories high. The Yates on Yates and The Vivid which faces Johnson St.

A photo of the Coronet Theatre building as it looked in 1992 is now up in the photo section. 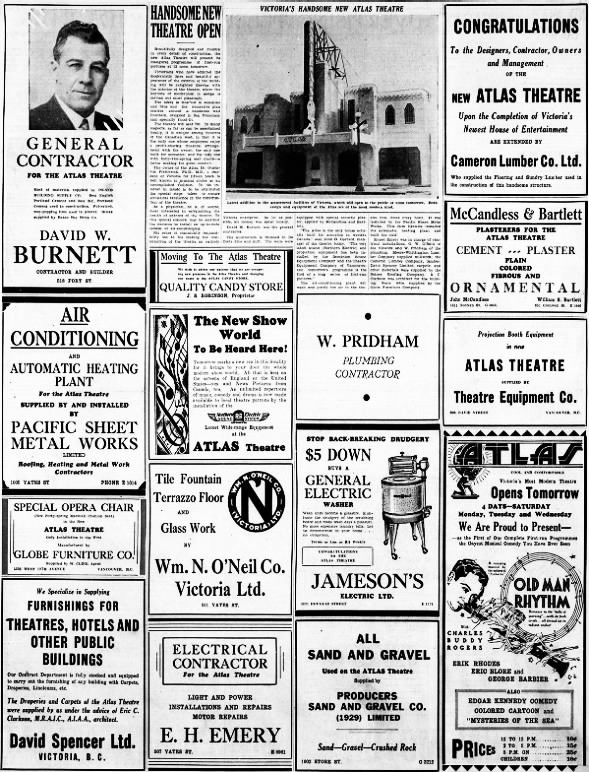 New photo added in the photo section, showing the Coronet shortly after its 1989 closure.

Famous Players closed the Coronet on February 26, 1989 with a final showing of “Three Fugitives” (which moved over to the Capitol 6 after this). No listings were provided for the Coronet in the Times Colonist movie listings after this date, so this is the correct date for the closure.