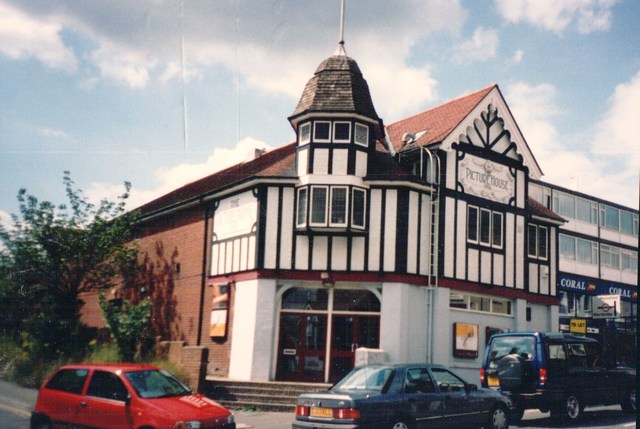 The Picture House was built in 1916, and was designed with a half-timbered Tudor style exterior by architect Walter Long. Initially it was used as a Garrison Theatre for local troops. It had a seating capacity of 496, all on one level, with a stadium plan raised/stepped section at the rear, instead of an overhanging balcony. It was re-named Picture House and became a cinema from August 1920. In 1927 it was equipped with a Mihaly sound system.

Always independently operated, it was twinned in 1993. The auditorium was split in half, by building a wall across the building. A new projection box was built on the stage to serve the former front stalls area and the rear stalls still used the original projection box. In February 2000 a third screen was added, by demolishing the stage end and extending the building for a new screen and projection box.

Details and photos of the 2014 Screen 1 Refurbishment.

A few hidden features from the past are revealed.

And on this page, a photo of the refurbished Screen 1. Looks very nice.