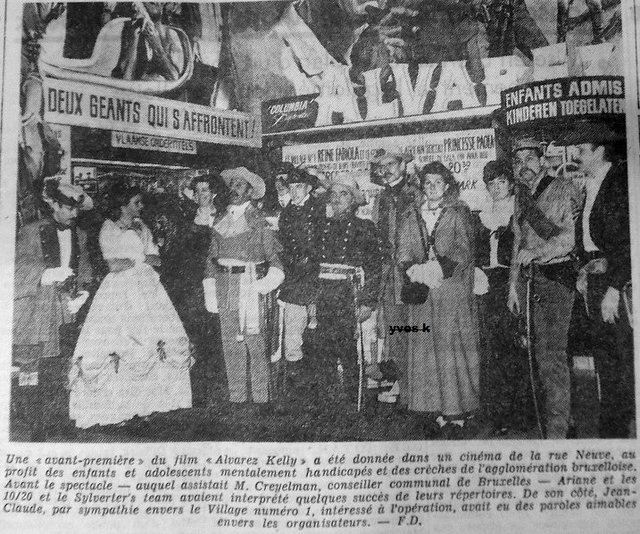 One of the most beloved cinemas in Bruxelles in the 1950’s and 1960’s, it specialised in western, action and American movies first run. Located at Rue Neuve 17, it opened in the 1920’s under the name Lutetia Cinema, and featured a live show by Josephine Baker.

It was one of the first talking movie theatres with Vodophone system in 1927, one year before “The Jazz Singer” which was released with a Vitaphone sound system.

In November 1946, it changed the name to Victory Cinema when it screened “Salome - Where She Danced” starring Yvonne de Carlo. In 1948 when the film “All Quiet on the Western Front” was shown, at the entrance was a “soundies” machine with the trailer playing in 16mm. There were always exhibitions in the hall, with objects from the films, guns etc…,

I have seen there “How the West Was Won” in 1964, second run of the various Cinerama productions. It was closed in 1972 last film was an ‘adult’ western. After demolition in 1973, a retail clothes shop Marks and Spencer was built on the site.

Thank u for all these pics. I’m from Brussels, I knew most of these theatres, they have build a big part of my culture !