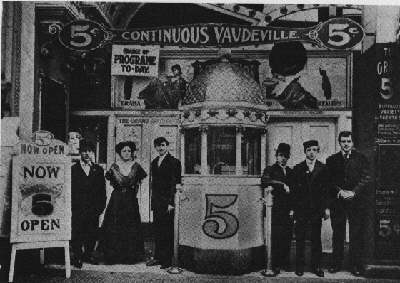 The Art Theater opened in 1914. In 1927 it became the Grand Theater and operated to 1951. At some time it was briefly known as the Star Theater.

This theater opened in 1914 as the Art Theater. In 1927 the name was changed to Grand.
At this time the theater was run by Matthew Konczakowski, who later had a four theater
chain in Buffalo. The theater did have a Wurlitzer Organ at one time. For short period, the
theater was also known as the “Star”. From the early 1940s until closing in 1951, the
show was run by Sophie Cebulski. It became an auto parts store, and has been vacant for
a long period.