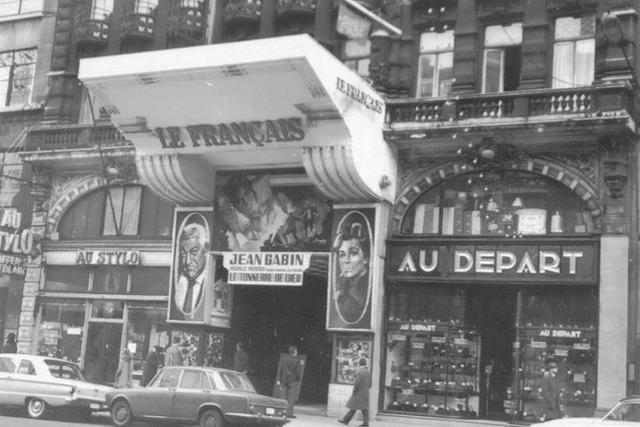 Opened in 1937 as Cinemonde, first as a newsreel cinema like the Cineac on Nord Boulevard Adolphe Max, and the nearby Cineac on Centre Boulevard, Anspach. The Cinemonde was located in the Passage des Postes, a commercial gallery which was part of an archtectural ensemble, including the main post office of Brussels, just near the well known Brussels department store "Les Galeries Anspach"(now closed).

It became a B-movie cinema in 1953 over taken by Mr Kaesen who directed the famous Metropole Cinema on Rue Neuve. Renamed Cine Le Francais, the first film shown was "Manina", the first movie of a young 18 year old Brigitte Bardot who became a superstar.

Before its closure and demolition in 1966, a revival of an earlier Louis de Funes from the 1950’s was shown. After demolition a commercial center called "Centre Monnaie" was built on the site, as well as the brand new post office central Brussels.