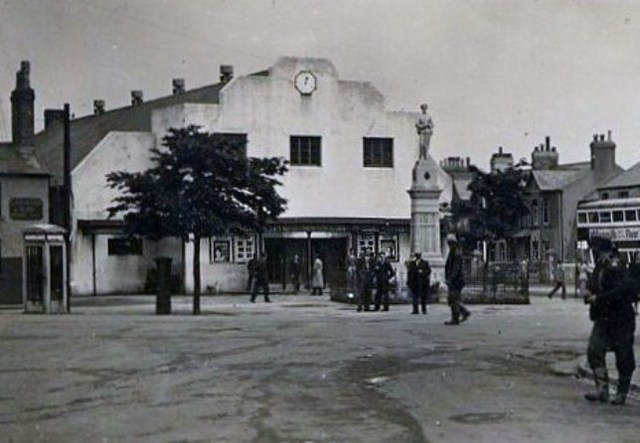 In the early-1950’s, it was re-named Market Hall Cinema. The exterior of the building was renovated in 2008, with funding from the Welsh Assembly. It was re-opened in May 2017.

In May 2022 the Freehold of the building was transferred from the local Council to the Market Hall Cinema & Arts Group who operate the building. They hope to add a 2nd screen within the next 5 years.

In December 2016 the press reported that the cinema had temporarily closed due to asbestos. In 2013 council funding cuts meant it was taken over by a community group. There are plans for a 130-seat screen with digital projection and luxury chairs. The hall itself first opened on 28 February 1894.

After a long battle with the Council, the Market Hall cinema was reopened in May 2017

Just uploaded a photo of the interior taken from an article on Britain’s best cinemas. An excellent interior with an impressive Scope screen.