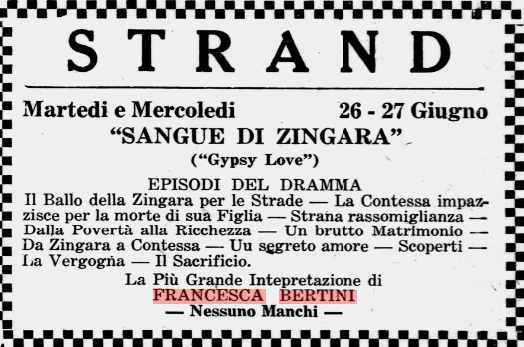 The STRAND stood across the street from its more lofty neighbors, the LOEW’s POLI (Palace) and MAJESTIC. Whereas one spent hours gazing and dreaming about the fancy ceilings and chandeliers and ornamental appintments of these twin movie palaces, one merely attended the STRAND for entertainment’s sake-a double featured which changed three times weekly, cartoons, short subjects, newsreels, serials-all for 25 cents admission. However, those who preferred their entertainment on the “right side” of Main Street wouldn’t dare admit they had visited the STRAND, which was often spoken of as “The Garlic House” and “The Scratch House”. Next door was the Ocean Sea Grill, which survived its neighbor for many years prior to its demise. Furhter down the street was the CRYSTAL PALCE, a storefront of arcade-type games, and where you could still win those small black-and-white cards of B-Western stars. When the STRAND finally left us (due, I believe, to a fire), its facade still beckpned with colorful promises of movies that would never be. One of them was “The Thing (From Another World”). This was in 1960 or 61, long after it had made its debut on TV. But, the STRAND never pretended to be a first-run, or first-class, showplace.

I do not remember this, but I have learned that, for quite a while, children used to rush into the female bathroom, which happened to be located behind an outdoor candy concession, link to one another and stretch out and snatch all the candy they could while the cashier had her back to them!

The 1907 Bridgeport City directory lists a Bridgeport Theatre at 1416 Main Street only in 1907. No theatre is listed at that addres until 1914 when it appears as the Family. In 1915 it is listed as the Strand Theatre. The Strand Amusement Company came into being in 1920 when Charles and Louis Levine bought the building and turned the theatre operation over to Morris Jacobson. It closed January 23, 1963 and was demolished.