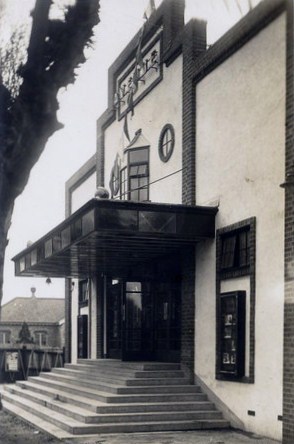 Replacing an earlier wooden cinema which was destroyed by fire in 1934, the Avenue Cinema opened later in 1934 and it took only 12 weeks to build. It was built for and operated by Ben Culy Jr. It had a 30 feet wide proscenium and a 12 feet deep stage, with two dressing rooms. Ben Culey Jr. sold it to Breckland Cinemas Ltd. in 1965. By then the proscenium had been widened to 34 feet to allow for CinemaScope presentations.

The Avenue Cinema was operating in 1966 as a part-time cinema & bingo club and by the 1970’s it became a full-time independent bingo club. Last known as Winners Bingo Club, it seems to have closed in around 2007, due to the new law banning smoking in public places. In 2009, the building stands boarded-up and unused.

A recent photograph of the now closed Avenue Cinema:
http://flickr.com/photos/fray_bentos/3273821099/