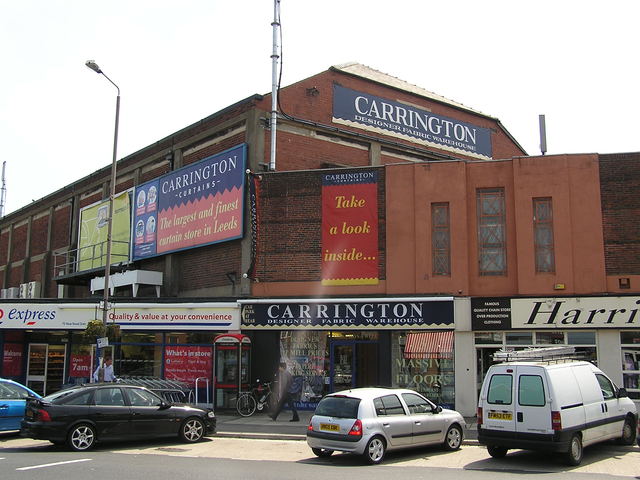 Located in Horsforth, to the North of Leeds. The Glenroyal Cinema opened on 1st November 1937 with Anton Walbrook in “Michael Strogoff”. It was independently operated by Glenroyal Cinemas (Shipley) Ltd. The cinema provided a free car park for its patrons.

The Glenroyal Cinema was closed on 8th February 1964 with Elizabeth Taylor in “The VIP’s”.

It was converted into a supermarket. Little of the original cinema facade remains. The building currently houses a Tesco Metro supermarket, a large empty unit, which was until recently a fabric warehouse, and an estate agent.