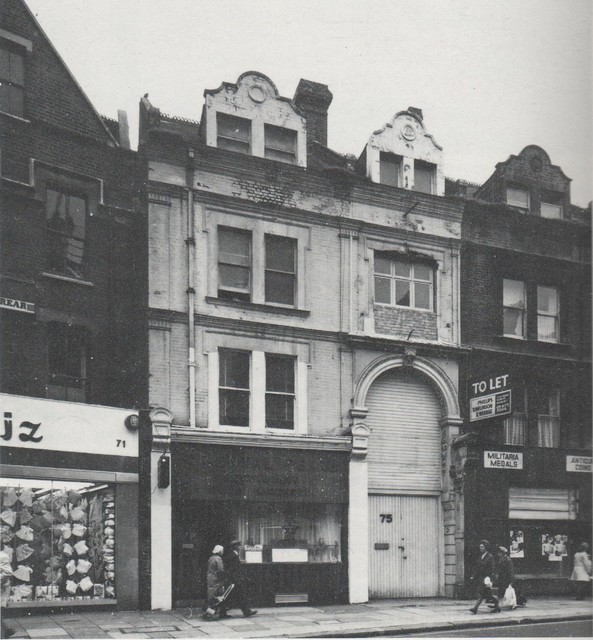 Located in the south London district of Balham. The Swimming Baths Concert Hall opened in 1890, and was a dual purpose building, as it also had a swimming pool located beneath the movable wooden floor that was inserted when concert hall use was required. Soon it was operating as the Balham Music Hall, with a seating capacity of 900.

It had a very narrow entrance (only one door wide) on Balham High Road. The auditorium was located at the rear behind the terrace of shops and housing. In around July 1907, it became the Balham Empire Theatre, and cinema use began as part of the programming.

It was re-named Theatre De Luxe in 1909, and was closed in 1915 for alterations to be carried out, re-opening in August 1915 as the Olympia Cinema with 1,037 seats. Re-named Pavilion Cinema in around 1922, it was taken over by the National Electric circuit.

The Rank Organisation closed the Gaumont on 5th November 1960 with Laurence Olivier in "The Entertainer" and George Baker in "A Hill in Korea". It was converted into a Top Rank Bingo Club, which continued into the late-1960’s. After bingo ceased, the building was demolished and the plot of land used as an open-air car sales space. In 2012, a building occupied by Foxtons estate agents stands on the site.

Known by locals as"The Hole In The Wall" !