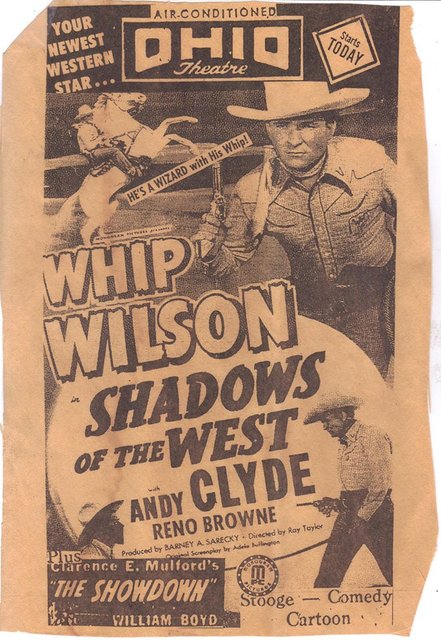 It was rebuilt and although it was small with seating for 300, it was very popular and specialized in Saturday westerns and serials. The Ohio Theatre was yet another casualty of the introduction of television.

The October 9, 1943, issue of Showmen’s Trade Review said that the Ohio Theatre in Kenton had been completely destroyed by fire several weeks previously. Owner W. D. Ward was negotiating for reconstruction of the house. This was probably due to wartime building restrictions which required builders to get permission from a Federal agency for any projects not vital to the war effort. I haven’t discovered how long it took Mr. Ward to get his theater rebuilt.