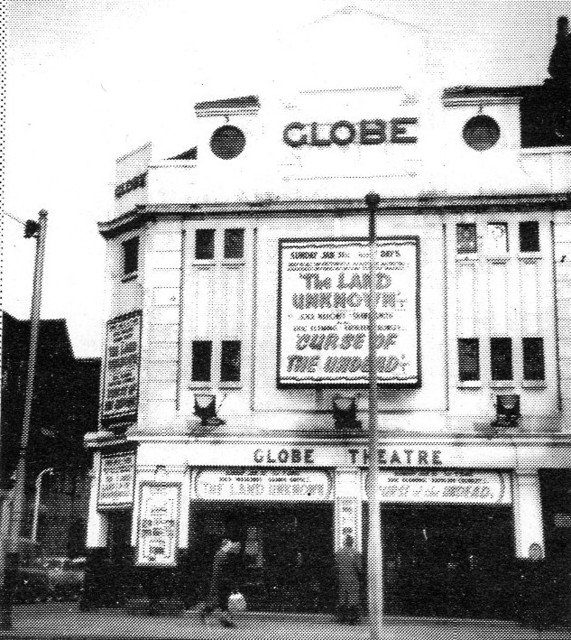 The Globe Electric Theatre opened in 1910. Advertisements at the time pronounced; ‘Pictures from around the Globe’ and ‘See the World at the Globe’. In around 1926 it had the first Christie organ fitted, which was a 2Manual/6Rank instrument that was opened by organist Steff Langston. In around 1932, the organ was enlarged to 2Manuals/7Ranks.

Always independently operated it was renamed Globe Cinema in around 1946. The Globe Cinema was closed on 6th February 1960 with Jock Mahoney in "The Land Unknown" and Eric Fleming in "Curse of the Undead". It was later demolished and the site redeveloped.

In 2009, the offices of Antanda Solicitors is located at this address.