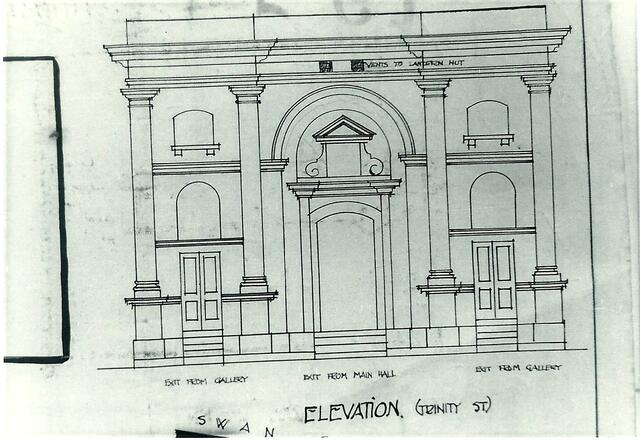 Located in Borough, a district south of London Bridge over the River Thames. The Trinity Hall Cinema opened in 1910. It was independently operated throughout its cinematic life. Still operating in 1940, it had gone from listings by 1944, a casualty of World War II conditions.