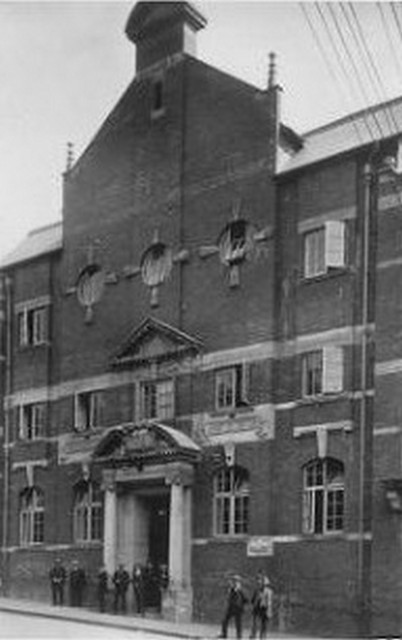 Workman’s Hall located in Llanbradach, Caerphilly. Contained a small cinema which was in operation by 1927. Around 1930 it was equipped with a British Acoustic(BA) sound system. It ceased functioning around 1970. The hall continued in use for other purposes until about 2000. The site is now a car parking wasteland.

Opened some time prior to 1924, the owners were Llanbradach Colliery Workmens Institute who held one show per night with two matinees per week (On Mondays and Saturdays)and two changes of programme per week at prices of 3d to 9d. British Acoustic sound brought the hall into the sound era when shows were once nightly at prices of 4d to 9d for the 650 seats. By 1951 seating had been reduced to 500 seats (reason unknown)and shows remained once nightly with 2 changes per week. By 1966 Bingo had been introduced on Monday and Thursdays with films on Tuesday, Wednesday, Friday and Saturdays with still 2 changes of programme per week and seating reduced to 492 seats.

Many of the South Wales valley welfare halls originally opened as concert venues, as meeting places for the local miner’s lodges and lecture halls for the Workers Educational Association (WEA). They nearly always contained meeting rooms, reading rooms and libraries. It was only in the late 1920s that they began to venture into film presentations. These early welfare halls were often equipped with movable benches these being later replaced with fixed seats as the film side of the halls' operations became more important and fire safety regulations were enforced.Thus the original seating calculations for these welfare halls was a calculation of what the hall could physically seat rather than the actual number of seats.