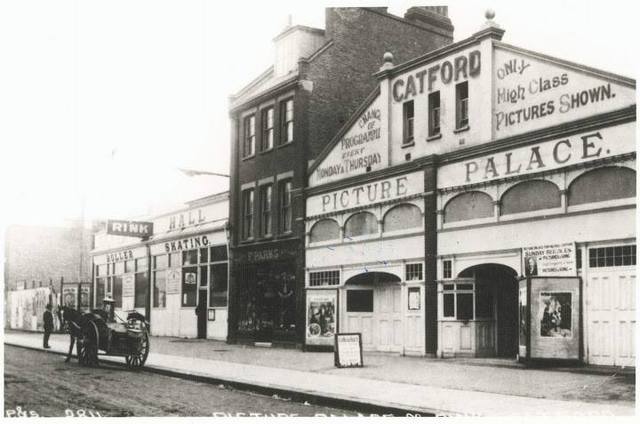 Located in the southeast London district of Catford. The Electric Picture Palace opened on 3rd April 1909 with a seating capacity of under 200, all on one floor. It was built for and was operated by James Watt, and was the first purpose built cinema to open in the newly formed Borough of Lewisham & Deptford.

By September 1909, a balcony had been fitted, increasing the seating capacity to 300. It was enlarged in March 1910 to give a seating capacity of 400, and it now complied with the new Cinematograph Licencing Act. In fact the cinema was so successful, that in June 1911, the open space next to the cinema was converted into a open air cinema, known as the Sangley Hall Garden. Due to the English weather, this only lasted for a short season.

The Electric Picture Palace was closed in early-1914, due mainly to the Central Hall Picture Palace opening nearby in December 1913. It was converted into a billiard saloon. In later years it became a furniture showroom, together with the almost adjacent former skating rink.