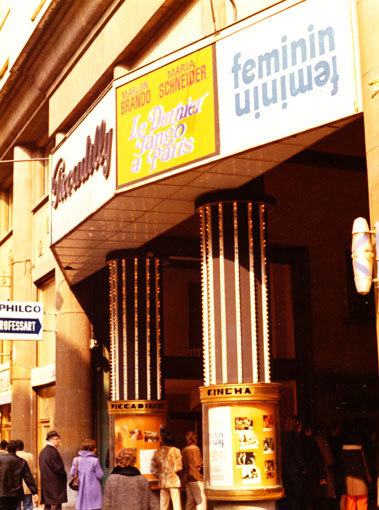 Opened in 1957, on Rue Fosse aux Loups, not far from Theatre de La Monnaie. Opened first by Rank Film Distributers, it specialised in British movies. It went quickly, over taken by Mr Henry Fol who directed the Avenue Cinema on the Porte de Namur, the first he cinema transformed into a duplex by 1953, and the Vendome Cinema then located in Avenue Louise.

In 1962 as a 13 year old boy, I saw “The Young Ones” with Cliff Richard. In the 1970’s, the Piccadilly Cinema became a duplex and to begin with, one screen was called the Mayfair. “American Graffiti” was shown at the Piccadilly Cinema, together with the Vendome Cinema. It finally closed in 1981.

The cinema closed in 1981 according to Histoire des cinemas Bruxellois