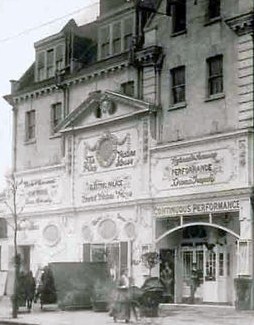 Located in the northwest London district of Cricklewood. The Electric Palace opened around 1911. Initially screenings were one performance a night, but these soon increased. By 1933, it had been re-named Palace Cinema.

The Palace Cinema was closed on the outbreak of World War II in September 1939, and never re-opened.