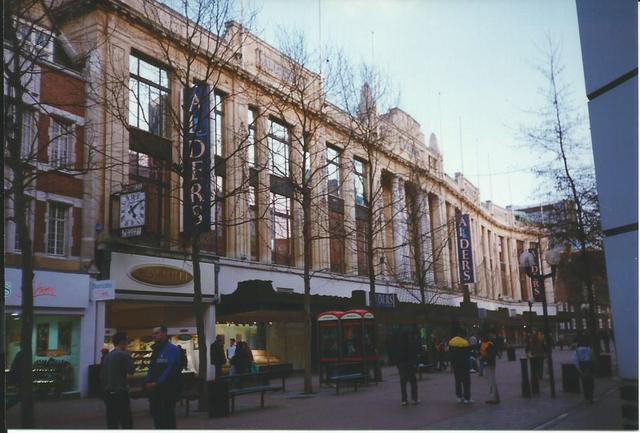 The Scala Cinema opened on 22nd December 1914. The exterior of the building was dominated by a dome over the entrance. There were 682 seats in the stalls and 200 in the balcony. Originally, there were painted tapestry panels repesenting sporting scenes on the side walls of the auditorium, which were the work of a French artist. In 1920, a straight 1Manual organ by William Hill & Son, Norman & Beard Ltd. was installed, and it had 11 speaking stops.

In 1921, a young 11 years old local schoolboy named David Lean made the Scala Cinema his first ever cinema visit, when he saw "The Hound of the Baskervilles". He later became one of the UK’s most famous film directors.

In the 1920’s, Alder’s Department Store was built around the Scala Cinema, and the facade was rebuilt to blend into the store’s facade. It was at time that Alder’s purchased the Freehold on the building.

The Scala Cinema was closed suddenly on Sunday 2nd March 1952, playing a one day revival programme; Louis Hayward in "Monte Cristo’s Revenge"(The Return of Monte Cristo) and Adele Jergens in "The Woman From Tangier".

Soon afterwards, the cinema was taken over by Alders Department Store and incorporated in the store, leaving no trace of its former use.

These ‘swallow-ups’ by department stores/council offices etc aren’t a new thing then?