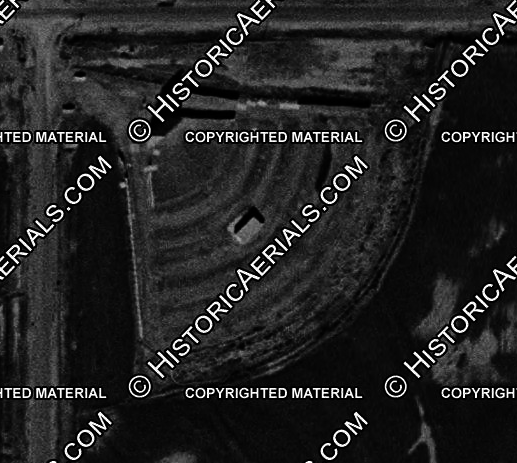 Styled in Southwestern earth tones the Oklahoma Drive-In (200 car capacity) blended well with surounding terrain. Rustic landscaping consisted of desert plants. The Oklahoma Drive-In was opened by the Thompson Theatres Circuit in 1955. They renamed it the Okla Drive-In on April 6, 1957, screening Edmond O'Brien in “1984” & Audie Murphy in “To Hell and Back”. Several other operators took on the drive-in until the mid-1980’s when it closed.

Not found on Topo map or satellite photo

Approx. location for this drive-in was Oklahoma 53 & Oklahoma 65. Some ramps are still there.

jwmovies is correct, the address is Oklahoma 53 and Oklahoma 65, Walters, OK.

The drive-in sat on the SE corner of the intersection. Today, the property is empty, save for the bailed and rolled hay that is stored. You can easily see the ramps, entrance and exit road.

Advertised as the Okla Drive-In Theatre from 1957 and into the 1960s likely until closing.