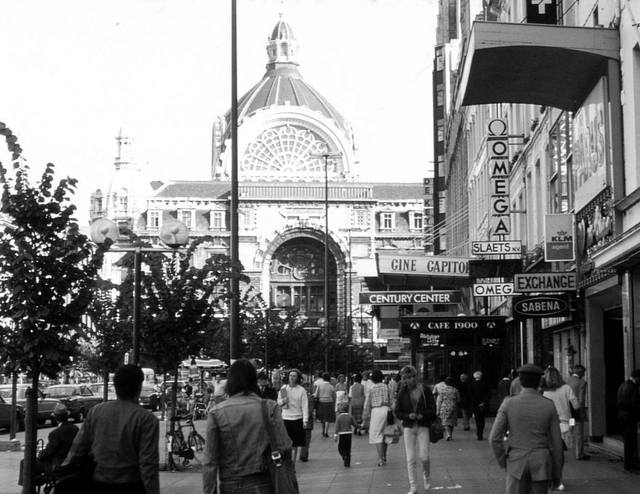 Located in the centre of Antwerp, the Regina Cinema opened in 1950 and had a big hit in early-1958, when Columbia Pictures pulled the film "Bridge on the River Kwai" from its screenings at the nearby (much larger) Cine Rex, due to a dispute over a share in the takings. The film ran to full houses at the Regina Cinema for 8-months. In the 1980’s it was re-named Paris Cinema and closed in 1994. It became a jewellers shop.