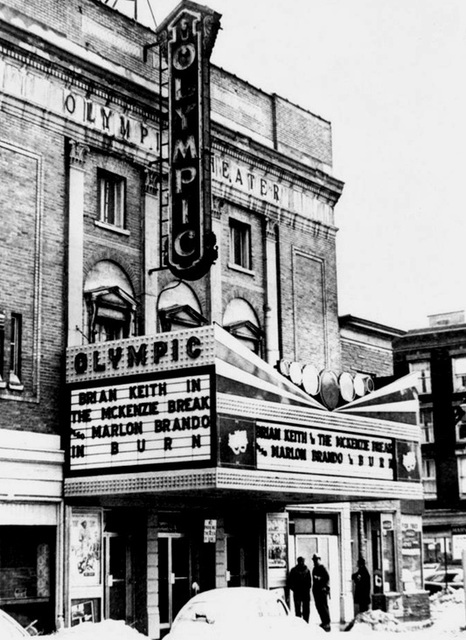 The original Olympic was opened in 1925 and burned to the ground only 12 days later. The second Olympic was built on the same location and opened about one year later. In November of 1953, the Olympic boasted as being the first and only complete CinemaScope installation in the Mohawk Valley. It remained open until early 1971 and closed as part of the Kallet theater chain.

I worked at the Olympic as a relief projectionist. Until the late sixties it was one of Utica’s main first run houses. They had Century model H projectors with R3 soundheads and Excelite lamps and RCA mag sound. The screen was fairly small. I think about 30 ft. wide. I ran “Woodstock” there in 4 track mag in 1970.
Somewhere I got the idea that it sat around 1100.