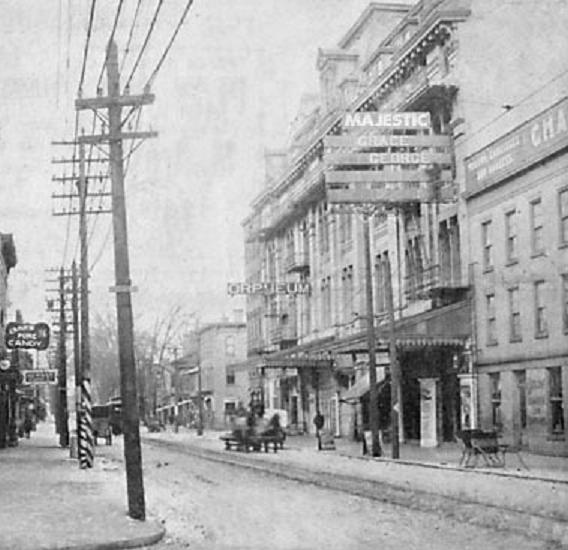 The Google Maps pin is a bit off. This page from the Oneida County Historical Society says that the Orpheum was at the northeast corner of Lafayette and Washington Streets. It was a second-floor house converted from an assembly room that had been part of the 1900 project which rebuilt the 1871 Utica Opera House as the Majestic Theatre.

The Orpheum, opened on January 19, 1901, was leased to the Wilmer & Vincent vaudeville circuit for most of its history, and only became a movie theater on May 1, 1915. On March 20, 1917, the building was extensively damaged by an early morning fire, and the Orpheum was never reopened as a theater.

The architect for the rebuilding of the Utica Opera House as the Majestic and Orpheum Theatres was Fuller Claflin, at that time still an associate of the firm of J. B. McElfatrick & Son.